Fanboi primer: How to move your iTunes from PC to Mac

With Steve Jobs's world domination plan proceeding on schedule, I can't be the only iTunes user who wants to transfer my Windows-based music library to a Mac. For all the talk about the ease of switching to OS X, I've been unable to find any Apple-sanctioned way to take my playlists, song ratings, and number of plays with me. And while a variety of downloads promise to do just that, I've found them klugey and unreliable.

With a collection of more than 50,000 songs meticulously rated and sorted into playlists for just about any mood, I wasn't about to start over. So for a long time, I resisted the urge to make the switch. Then I figured out a relatively quick and painless way to make my Mac-based iTunes look and behave just like the iTunes setup I spent years building on my Windows XP machine. It's by no means the only way, but with one minor annoyance (more about that later), it's worked flawlessly for more than a year.

On the Windows XP machine, iTunes looks like this: 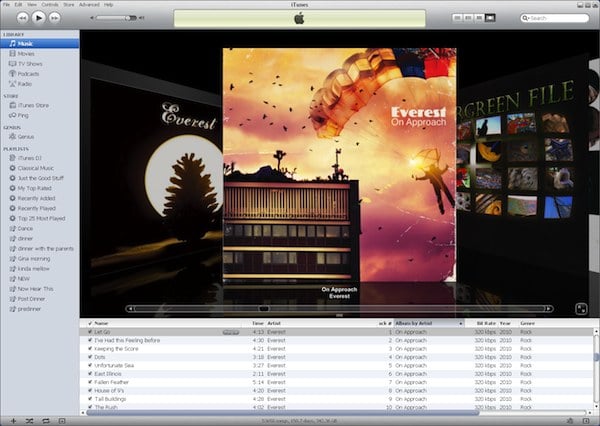 The goal is to make iTunes on the Mac look identical. Here's a tutorial showing how it's done.

Next page: It's all relative
Page:
Corrections Send us news
54 Comments