The quest for the correct compact form-factor continues...

Having sold something like 350 million iPods in the last decade, Apple has quite sensibly stuck to pretty much the same basic designs for most of the iPod range.

The glaring exception to that rule is the ever-changing, shape-shifing iPod Nano. This is the seventh version of the Nano in seven years, and in that time it’s bounced back and forth between fat and thin like a D-list celebrity with an eating disorder. Its feature set has varied unpredictably too, with photo and video capabilities coming and going almost at random. 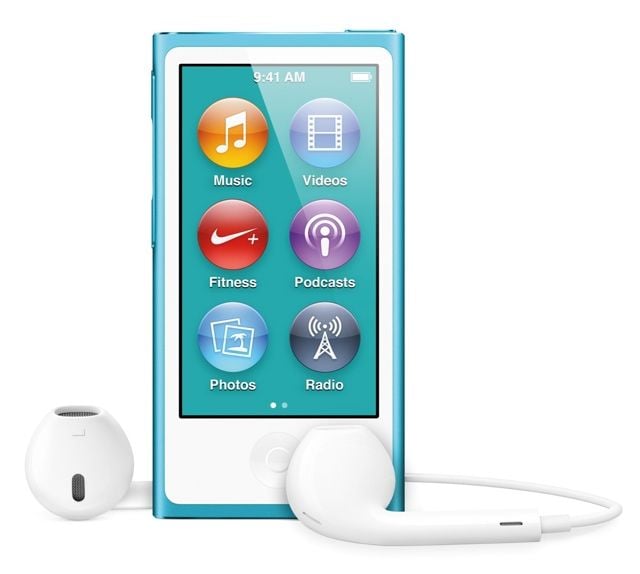 The sixth-generation model launched in 2010 was short and squat, a Shuffle with a screen. This year’s model reverts back to tall and thin in order to accommodate a larger, 2.5in screen with a 240 x 432 resolution and a 16:9 aspect ratio. And, yes, that does mean that the new Nano regains the video playback function that went AWOL in 2010.

The larger screen means that the Nano’s overall size and weight have increased too, stretching from 40mm to 76.5mm in height, and going up from 21g to 31g in weight. However, it’s also quite a bit thinner than before, slimming down from 8.8mm to an extremely svelte 5.4mm.

It’s that streamlined design that you notice the most. It’s like a having a little musical credit card in your pocket. And like all the best Apple products it has that strangely tactile elegance that makes you want to pick it up and roll it around in your hand just so that you can admire the way it feels.

The new screen isn’t in the same league as the “retina” display on the new iPod Touch, but it’s fine for the device’s icon-based graphical interface, which now consists of just two screens full of icons rather than the four somewhat disorganised screens of the previous model. And while I wouldn’t recommend watching the Director’s Cut of The Lord of the Rings on a screen of this size and resolution, it’s still nice to be able to watch the occasional music video or podcast when you’re sitting on the tube. It'll only play videos encoded at standard definition. 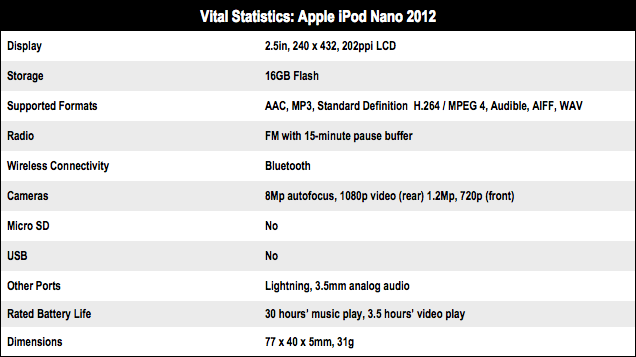