If you spend THIS much on cloud, perhaps you need a rethink 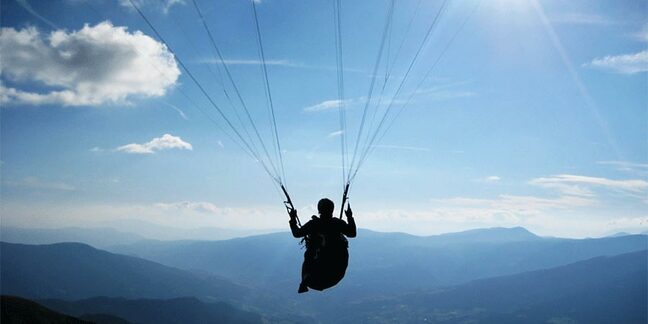 There's only so much you should spend on commodity cloud services before you consider other options like getting a discount, moving back to your own servers, or to a private managed cloud, according to cloud providers and customers.

If you're spending more than $10,000 (£6,500) a month or so, then it's probably worth considering moving to either a dedicated server, your own data center, getting a discount from your cloud provider, or going to an externally managed "private cloud", a trio of cloud providers told The Register on Friday.

"If you're running full time servers in the cloud that you never turn off, at some point it might make sense to look at long-term contacts with your public cloud or to start owning your infrastructure in some way," Rackspace's director of strategy Scott Sanchez, says.

The amount of spend at which this becomes apparent is about $10,000, Sanchez indicated. "We were at about $12,000 in just VM spend and we decided to move some workload to the office," Joe Emison, CTO of Buildfax, a provider of property history to the insurance industry, says. "We didn't want to buy a server [but] we came to this conclusion that 'we are just overpaying'."

The company now runs its tech on a mixture of scalable public services and private services for its predictable workloads. This hybrid cloud (frankencloud - Ed) has let it save money, while running across a mixture of 2U and 4U commodity hardware with varying RAM capacities.

We put the $10k figure to some of our industry contacts and they agreed that at this point, customers can probably figure out a more cost effective way of running their infrastructure.

"I would agree with that," Marc Jones, a SoftLayer product innovation veep, said. "If you're spending $10,000 on public cloud [VMs] that's a pretty substantial footprint - there is a cost associated with that."

For many punters, the economic benefits of a pay-as-you-go rented virtual machine start to disappear at around $10,000 of predictable monthly spend, and at this point it really does make sense for them to investigate other support options or even start owning their own hardware.

"Cloud doesn't have to be virtualized," Bailey Caldwell, Rightscale's veep of business development, says. "The need for a VM is certainly how it started but it's not how I see it long term."

To cut costs, cloud punters have a variety of options, including cut-price reserved instances (Amazon), enterprise agreements (Microsoft), being big enough to get a discount if they ask nicely (everyone & dog), managed dedicated gear (Rackspace, SoftLayer, et cetera) or even going in-house either via on-premises gear or some racks in a colocation facility.

Though rentable infrastructure is developing into a sizeable market, as Amazon's recent earnings indicate, this vulture finds it refreshing that the cloud industry is capable of admitting that rented pay-as-you-go VMs are not a panacea. ®