You thought slinging Photoshop into the cloud would fail? Look who's laughing NOW 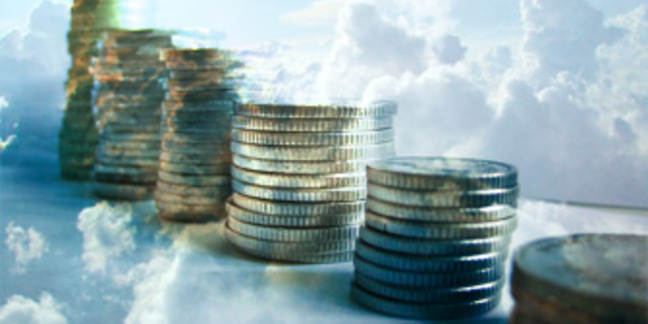 Despite banking a smaller cash haul than it managed this time last year, Adobe's share price rallied last night - as it crashed through the one million cloud subscriber mark.

The maker of the Creative Cloud added 331,000 more paying people to the internet-served software package, according to its paperwork for its third quarter of 2013 [PDF], which ended on 30 August, taking the tally to 31,000 over the one million mark, net of attrition.

Revenues, however, went backwards again, falling nearly eight per cent to $995m from $1.08bn in the year-ago quarter. This was significantly lower than the $1.1bn financial analysts had forecast.

An 8.5-per-cent spike in operating expenses to $737.6m came on the back of rising research and development, sales and marketing costs and "general & admin" bills. This slapped the Photoshop giant's operating income, which collapsed by 60 per cent to $110m for the quarter.

Adobe's decision to kill off future boxed editions of its Creative Suite caused some anger among resellers: this was due to the shift in the way the software goliath will compensate its partners for snaring sales. Customers voiced some frustration that they will no longer be able to skip a generation of boxed wares if they didn't need or want to upgrade.

The cloud-hosted model means that subscribers will only be able to access Photoshop, Illustrator, InDesign and related software for as long as they keep subscribing.

Adobe admitted previously this shift went down badly with some arty types. But CEO Shantanu Narayen made no further mention of any customer dissatisfaction during a call with financial analysts last night, and claimed that if anything punters are migrating more quickly than it expected.

"Across our Creative business, the overwhelming majority of customers are moving away from perpetual licenses towards term-based licenses, demonstrating acceptance of the new offering," the Adobe boss said.

"As a result of this success, we will exit fiscal 2013 with more actual recurring revenue (ARR) and less reported revenue than we outlined at the outset of the year."

He said the attrition is "running lower" than it "originally modelled". Prospective Creative Cloud punters were given a hefty discount for the first year of service, but this offer has now expired.

Bizarrely, Narayen said the cloud was attracting new users that had not previously handed money to Adobe, "so whether they are brand new users or previously privates products, we see a meaningful number of people who are using and adopting Creative Cloud", he claimed.

Adobe runs a hybrid sales model - through channel partners, via its direct-sales force and via adobe.com.

The enterprise licensing agreements signed in the quarter were brokered by the direct-sales team, and were higher than expected, it said. Resellers sold Creative Cloud this quarter, and Adobe said the results were "pleasing".

The company reckons four million Creative subscribers will have climbed on board by the end of 2015, saying things are progressing faster than it expected.

Adobe says it has an official installed base of 12.8 million users so there'll still be a lot of paying punters using the old-world non-cloud technology in the not-too-distant-future. ®

Take a dip in our joint data lake, 'seamlessly' hoover up intel on customers – Microsoft, SAP and Adobe