Antique Code Show When the Commodore Amiga and Atari ST together ruled the home computing scene, video games were a long way from the million dollar money-spinners they have become. Getting public and media attention for a game wasn’t easy, but one of the more effective techniques employed by game designers was to create titles that took ‘inspiration’ from current or classic films, preferably ones that involved plenty of violence. 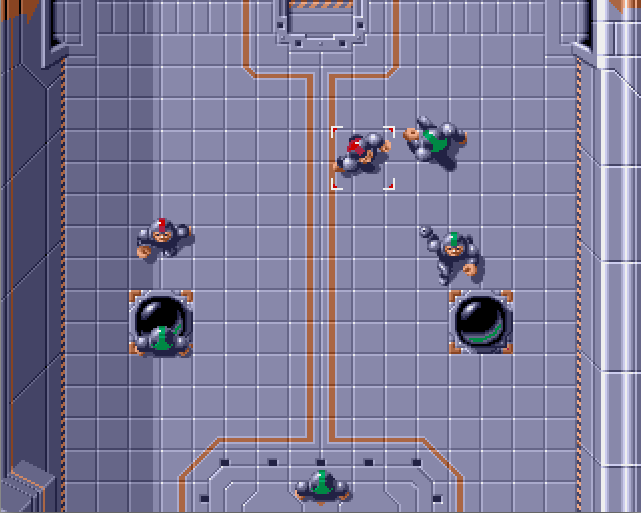 Thus Speedball came into being, with its spikey-glove and armour wearing competitors paying homage to cultish 1975 film Rollerball, by way of 2000AD’s Harlem Heroes and Inferno, though sadly abstaining from the roller-skates and motorbikes.

The game is five-a-side handball on an anything-goes basis. Players wear full metal body armour and frequently punch and kick the hell out of each other on a quest to grab the ball and lob it towards the goal. Obviously scoring as many points as possible is the aim, yet this can be achieved through giving your opponents abuse, and hitting targets around the pitch, as well as goals.

Score multiplier switches add spice to the mix, making one team’s goals and punches worth more than the other. Warp tunnels and the occasional rebound bouncer send the ball on unpredictable trajectories, adding a welcome touch of chaos to proceedings. It’s skill-demanding, practice-makes-perfect fun. 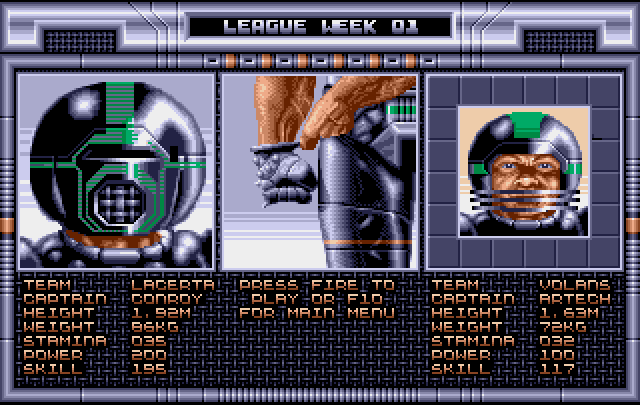 Now I’m sure plenty of young chaps must have spent hours ploughing through the knockout cup and league options for solo players, but it was the fact that you could play against a human opponent that got so many teenagers crowding around a chum’s Amiga for a quick post-school aggression session. These days good multi-player games are ten-a-penny on home platforms – back in 1988 they weren’t quite so prolific. Speedball delivered hectic, action-packed fun, creating one of those "just one more go" addictive experiences for you and your mates.

Still, the title may have slunk off into retro no-man’s land were it not for the 1990 sequel, Speedball 2: Brutal Deluxe, which caused fevered excitement among gamers, in Europe anyway. The Amiga and Atari ST were, of course, never really very successful in the US or Japan, but that’s another story entirely.

Player count was upped to nine-a-side, pitch size accordingly increased, and visuals/audio given plenty of next-generation spit and polish. The Amiga version employed the machine’s three custom chips – the strangely monikered Agnus, Denise and Paula – to grand effect. And while the game was slightly inferior graphically on the Atari ST, it played just as well. 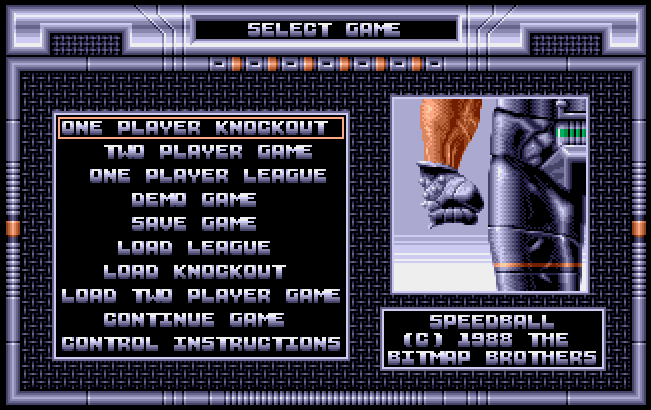 Overhead scrolling across the pitch was smooth and dynamic – aiding its arcade-like fluidity well. Moreover, the action between players was even more immediate and fast-paced than the original game, yet with more frames of animation and an increased number of tackle and fight moves.

Speedball 2 took advantage of its host’s capable audio hardware to good effect. High-quality samples full of metallic zing echoed around with each ricochet, power-up or connecting kick. The simmering crowd would burst into roars according to the action, be it violence or goals, and this was complemented by what would become one of the more infamous sound samples of 1990s gaming: the deranged shout of “Ice-cream! Ice-cream!” from some kind of futuristic Mr Whippy.

It seems weird that this innocuous little touch would go on to be synonymous with the Bitmap Brothers label itself, but it became one of those mythical little Chinese whispers uttered knowingly in playgrounds and classrooms across the land. How one sound sample could create such a following is certainly remarkable, yet it’s worth remembering that storage was severely limited back in the floppy disk days – high-quality voice samples were few and far between. So perhaps it’s no wonder that fans latched onto such a weird, novelty catchphrase. 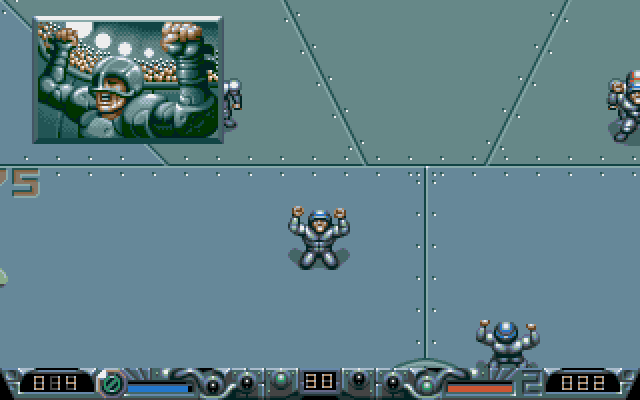 Speedball 2: rub it in

Above the audiovisual delights, it was the enhanced points system of Speedball 2 that kept gamers highly competitive. Stars lining each side of the pitch would score bonus points when hit – plus, very sneakily, you could switch your opponent’s lit stars over to your colour instead. The score multiplier was now represented by a pinball-like ball-loop machine found on both sides of the pitch, keeping track of its hits with red and blue lights.