“Books are better at conveying complex ideas than television,” so says Brian Cox, and goes on to prove himself correct. The first thing I have to say is: don’t be put off the book by the TV series, which after two episodes looks like a music video with a few random ideas thrown in. 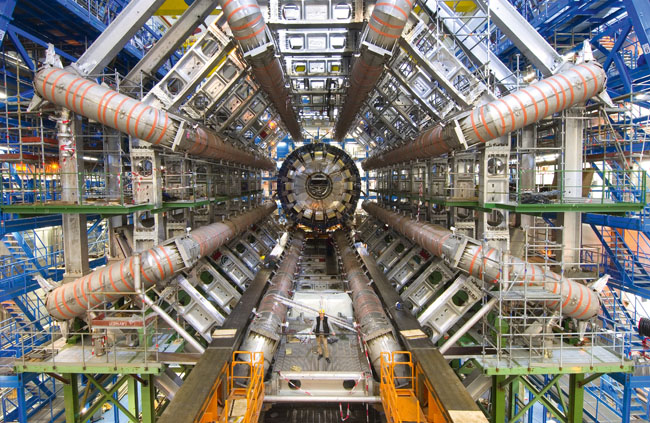 ATLAS is a broad-range detector that measures all particles and physical processes that emerge during proton collision within the LHC – photo Maximilien Brice, CERN/Science Photo Library – click for a larger image

Simulated computer display of a particle collision in the large hadron collider (LHC). ALICE (a large ion collider experiment) is expected to produce quark-gluon plasma, a primordial state of matter thought to have been present in the Universe microseconds after the Big Bang – click for a larger image

Human Universe the book is a parallel universe to the TV series, without the shite-grandiose music soundtrack and the slow motion BBC stock one world/one love footage. 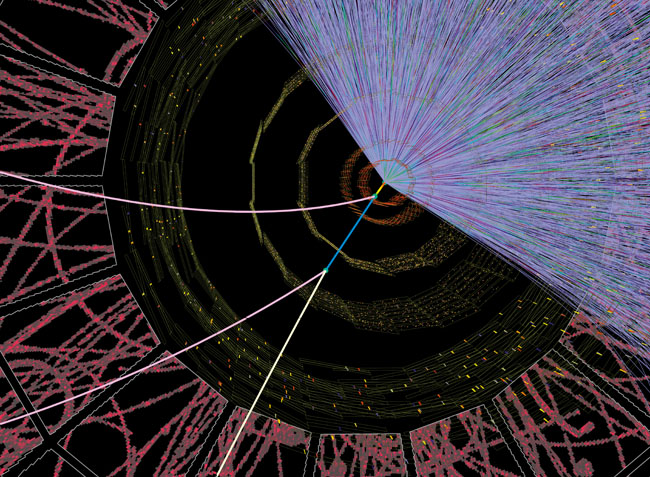 Simulated computer display of a particle collision in the large hadron collider (LHC). ALICE (a large ion collider experiment) is expected to produce quark-gluon plasma, a primordial state of matter thought to have been present in the Universe microseconds after the Big Bang – image CERN/Science Photo Library – click for a larger image

In fact, if you can put up with a few incongruous holiday snaps of Brian, this book is packed full of information. However much of a smart arse you think you might be, there is probably something in this book that you never knew, and that is a good sign. 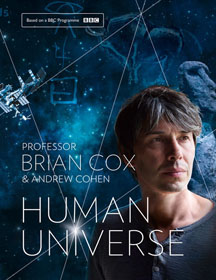 Brian Cox is the BBC’s face of science and is as natural a communicator on the page as he is on screen. Human Universe brings together all the latest scientific knowledge concerning the universe, our origins and contains as many questions as it does answers. It goes into detail about the SETI project and discusses the most likely planetary systems to support life.

The book comes in a large format with plenty of illustrations and there are only half a dozen equations, which needless to say were incomprehensible to me. Like all scientists who swear by the uncertainty principle and decoherence theory, Cox seems rather sure of himself, and maintains a boyish enthusiasm for silver planes and rocket ships. That is part of his charm, but he does get a little bit above himself at times, exhorting us:

“Aspire to be a Kennedy, not a handwringing apologist for intellectual and technical decline”... not like the standards of your TV series then Brian? The BBC boy boffin says we should shag starlets and get shot? Our Brian also berates the Ancient Greeks: “I blame the philosophers for not discovering the scientific method earlier and inventing the electric motor. How hard can it be?” 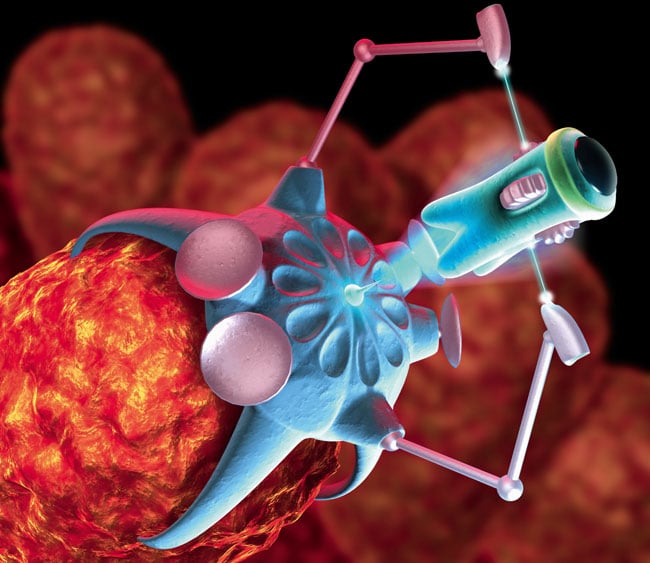 Nanorobot manufacturing unit. Computer artwork of a nanorobot assembler using a claw to attach itself to a bacterium - image Roger Harris/Science Photo Library

Like the cute northern urchin he is, Cox can’t resist casting an eye back to his roots and seems to reach the conclusion that science cannot explain Joy Division or Geoff Boycott. My pet theory: I blame it on Geoff Boycott, he should have played a better innings at Thremopylae.

Cox discusses the Chelyabinsk Meteor and even attempts to answer the issues posed by Gil Scott Heron’s Whitey on the Moon but not very convincingly – the boy’s not au fait with the ghetto.

By its title alone you’d guess that this book has a somewhat anthropomorphic kind of angle and you’d be right. Still, as a messenger and populariser of science, Brian Cox is both skilled and effective at making complex ideas simple. Indeed, that is one of the key themes in this book: how complex structures in nature bestir from simple patterns and how these evolve.

Human Universe is packed full of ideas and doesn’t pretend to have all the answers. Brian Cox is always thought provoking and – together with his BBC Head of Science co-writer Andrew Cohen – tries to clearly outline even the more obscure and arcane of ideas and ask all the pertinent questions. You won't have to look far to find it significantly discounted – maybe the TV series hasn't done the book any favours – but I’d recommend Human Universe to teenage geeks of all ages. MD