Through the Looking Glass: Vulture pecks at software-defined storage

All the king's horses & men can’t find a decent definition

Comment Trying to pin down a definition of software-defined storage (SDS) is like using a dictionary written by Humpty Dumpty, where words change their meaning from day to day.

Every storage marketing person on the planet thinks SDS is a good thing and their storage product exemplifies its benefits and minimises its disadvantages. So we have the ludicrous situation of NexentaStor (sold without hardware) and NetApp's ONTAP (only sold with hardware) both being called "software-defined storage".

Let's try and sort out this confusing state of affairs.

For several years some storage suppliers have only provided a software product that runs on openly available commodity hardware and provides, broadly speaking, the same functions as a combined hardware and software storage product – such as EMC's VNX, NetApp's ONTAP, or IBM's Storwize, etc.

Typically, vendors such as DataCore, FalconStore and Nexenta, which label their products as open, said they provided equivalent or superior functionality to proprietary arrays from EMC, NetApp, IBM, HP, etc, while enabling much lower acquisition and operational costs through their use of commodity hardware such as off-the-shelf X86 servers from Supermicro and the like, and JBOD disk enclosures.

The next step was for proprietary suppliers to offer versions of their storage products as software-only for customers to test. Famously LeftHand Networks did this with its iSCSI SAN offering, which aggregated server's direct-attached storage into a SAN, shared iSCSI block storage, a VSA or virtual storage appliance. When HP bought LeftHand the product evolved into the P4000, and then the StoreVirtual SW-only product.

Nexenta took Oracle's ZFS and OpenSolaris, and built its NexentaStor storage software offering on it – as a classic, dual-controller storage array offering and not a VSA. DataCore and FalconStor software created SANs from their software and commodity hardware.

Things remained stable for a while until the VSA idea took off, and DataCore and Nexenta sales grew and grew. So much so that mainstream array supplier sat up and took notice, and responded with me-too products. 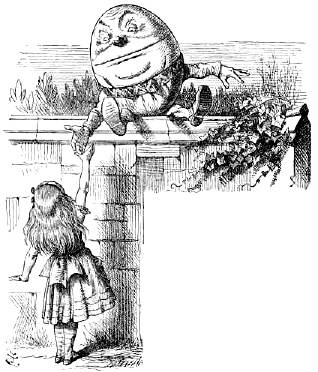 Tenniel drawing of Humpty Dumpty in Through the Looking Glass.

And then the elephant in the room danced and legitimised the VSA concept at a stroke: VMware introduced its VSAN and then its VSAN-using EVO: RAIL hyperconverged server/storage/networking system concept.

Next page: Marketing stands software-defined term on its head (or not)
Page:
Corrections
3 Comments

Contractors look to have copped it as offshore utilisation rates grew