The clever thing about the Yoga 2’s design is still the stand that folds out from around the battery bulge. This means you can set the Yoga up at a range of angles between near-vertical to near-flat. But in a stroke of genius, some bright spark at Lenovo has decided to drill a hole in the stand so you can now hang the thing off a hook or nail or such like. 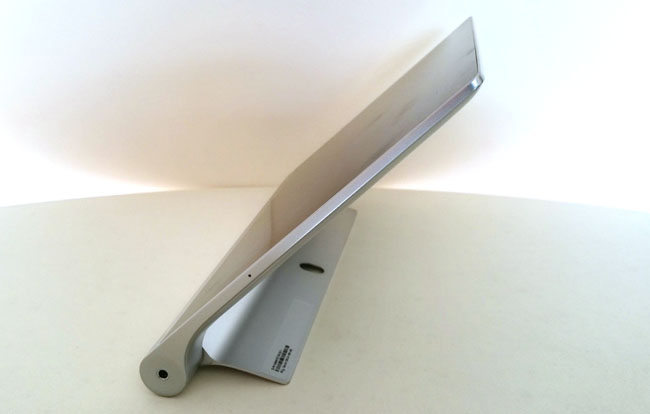 If I owned a Yoga 2 I’d be fixing hooks onto my kitchen cupboards, bathroom cabinet and into the walls to take advantage of this simple but effective modification. 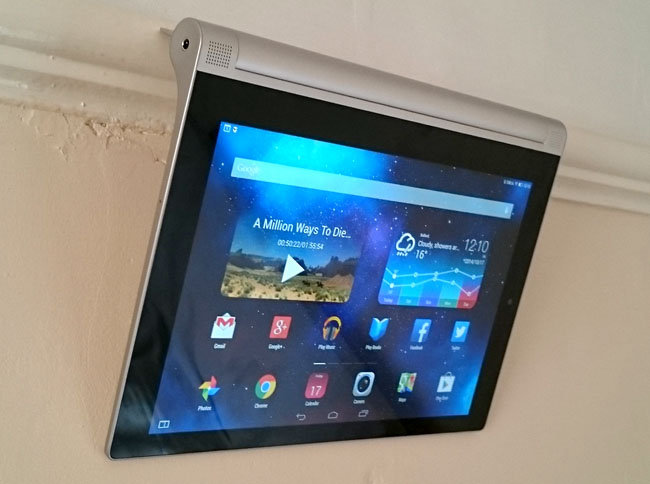 The main camera has also been given a much needed shot in the arm. It now boasts an 8Mp rather than 5Mp sensor. More importantly it also has autofocus. The 1.6Mp webcam is the same as before but it really didn't need an upgrade.

Sitting on top of Android 4.4.2 is Lenovo’s own launcher. Like Huawei’s equivalent this does away with the app drawer so you end with all your shortcuts on one of your home screens à la iOS, although I’m not personally a big fan of this sort of thing. 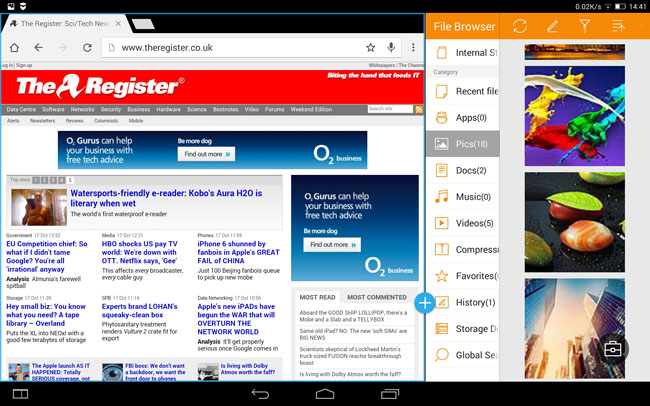 You get a a few other usability tweaks and a handy multi-window facility. The maximum number of apps that will work therein is only 5, fewer than a Samsung Galaxy tablet can handle.