Profile After three years of flat and declining revenues, NetApp needs to regain its mojo and George Kurian is the CEO tasked with doing just that.

All company CEOs profess a belief in team work and the company as community, but few walk that walk, talk that talk, and really, really believe it. George Kurian has journeyed a long, long way from a childhood in southern India to the Silicon Valley pinnacle of running NetApp, and his character has been honed by genes, family upbringing and experience.

He has a twin brother, Thomas, and the way they were raised, their education, and careers are closely intertwined, with Thomas now President of Product Development at Oracle, reporting to chairman and CTO Larry Ellison, and a 20-year veteran at the company.

George and his twin were born to P.C. Kurian and his wife Molly in a village called Kothala near Pampady in the southern India state of Kerala.

Kurian senior was a chemical engineer and the general manager of Graphite India.

The twins were the youngest of four brothers, and were raised in a Christian household. Their mother was quite strict and insisted on a disciplined approach to life.

As their father's career involved moving around India, the twins boarded at the Jesuit-run St Joseph's Boys High School in Bengaluru, capital of the neighbouring Karnataka state, and both progressed to the Indian Institute of Technology Madras (IITM), India. There they both took SAT tests and sent the results to various colleges, including Princeton University, which liked them so much that both were offered partial scholarship places.

After leaving Princeton, George joined Oracle while Thomas went to work at McKinsey & Company, the management consultants. They both studied and qualified for MBAs at the Stanford Graduate School of Business, Thomas first, and then George, with each helping to defray the other's expenses.

Thomas joined Oracle in 1996 after George joined McKinsey in 1995. A timeline table outlines this history and what happened next:

This is a guy with a lot of networking experience, 15 years, who then jumped sideways into storage supplier NetApp, becoming the SVP of its software group, then EVP for product development and then, after chairman and CEO Tom Georgens was found wanting, gained the top slot in June last year.

All-in-all it looks like a textbook career example of corporate ladder climbing by a sharp and smart, hard-working guy. How is he doing? 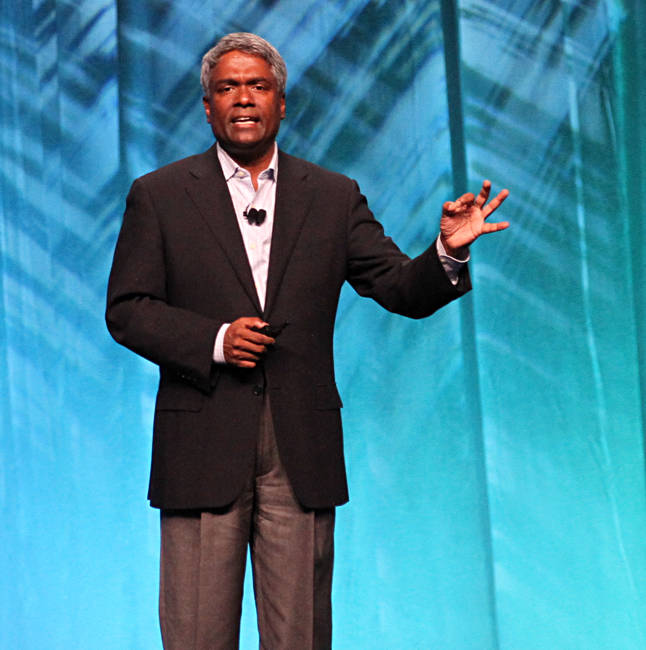 The headline events of his reign have been the closing down of the in-house FlashRay all-flash array development, the purchase of SolidFire, and laying off 1,450 people. That's three hard decisions made to start sorting out a technology issue, and a business problem. What sort of person is Kurian and has he got what it is going to take to wrest NetApp back onto a growth path?

In part two of this profile, El Reg interviews George Kurian at NetApp's Sunnyvale HQ to find out. ®