And finally sir, a wafer-thin mint... it is but wafer-thin

Tasty storage dishes for your Thanksgiving table include starter from Hazelcast, entree from HPE, a side from Qubole and dessert from Rubrik. Place your napkins in your lap and start dining. 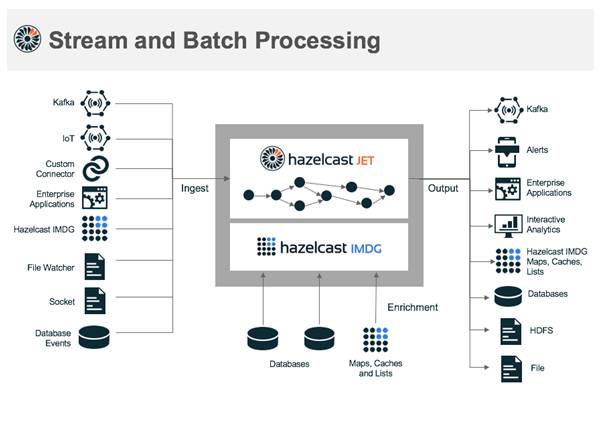 Jet v0.5 features a Pipeline API for general purpose programming of batch and stream processing, and fault tolerance using distributed in-memory snapshots. They are distributed across the cluster and held in multiple replicas to provide redundancy.

If there is a node failure, it claimed, Jet uses the latest state snapshot and automatically restarts all jobs that contain the failed node as a job participant. No additional infrastructure, such as distributed file system or external snapshot storage, is apparently necessary.

Hazelcast claims that using data already held in IMDG versus external sources gives a 5 times performance enhancement. It expect its millions of IMDG users to start leveraging Jet’s capabilities to process the data they already hold in IMDG.

This was originally announced as StoreOnce CloudBank in May this year and available through an Early Access program, which is now finished.

Cloud Bank Storage is for large volumes of long-term backup data. It is now generally available and can shunt backed-up 3PAR array data to an object storage backend, with four such archive/disaster recovery targets available: Scality on-premises, AWS and Azure object storage in the public cloud, and, lastly, any S3 interface repository. 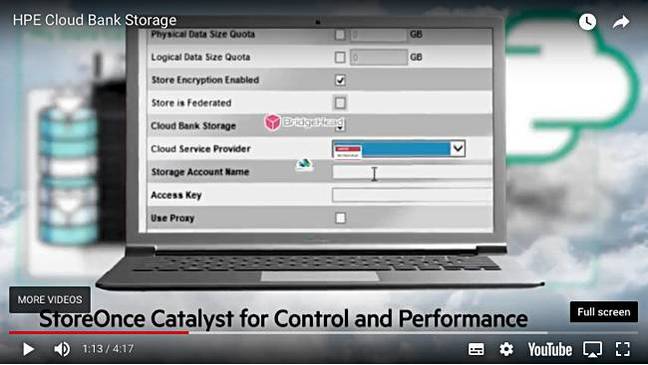 HPE says Cloud Bank Storage costs can be $0.001/GB/month for 100PB or more of data), and data is encrypted in flight and at rest. HPE says this is this is a 20x lower cost than existing public cloud services.

It supports HPE's Recovery Manager Central RMC)and 3PAR array its snapshots. HPE says RMC Express Restore only recalls data from the public cloud that does not exist locally, which could mean quite a lot of data.

If the local StoreOnce system goes down then the Cloud Bank system can be used for DR. Aged data in Cloud Bank can also be moved to Amazon Glacier or Azure Blob storage for archiving.

You can read an HPE blog on Cloud Bank Storage here.

We wonder if Cloud Bank Storage will eventually support Nimble arrays and the SimpliVity hyper-converged gear. Both would seem logical extensions of StoreOnce and Cloud Bank coverage.

Technical information can be found here and the code is available on Github at github.com/qubole/spark-on-lambda. There is a Qubole blog about it here that discusses the non-trivial changes to Spark needed to make it run successfully on Lambda.

Rubrik has been designated a global ISV co-seller through the Microsoft Partner Network and will offer its hybrid cloud data management product on Microsoft Azure.

HPE chief Neri: I've got COVID-19 and am staying home for the next fortnight

It's remote business as usual though, insists firm