Our vulture listened to four hours of obtuse net neutrality legal blah-blah so you don't have to: Here's what's happening 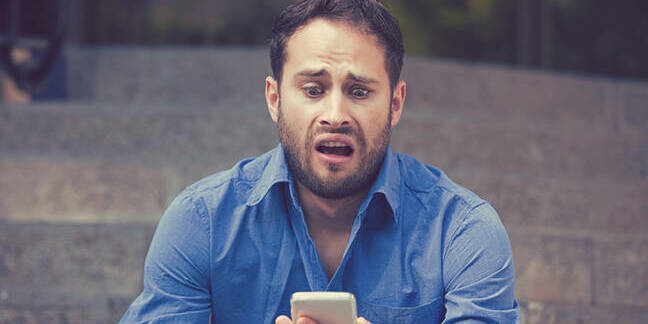 Analysis A year after the Federal Communications Commission (FCC) was sued for scrapping America's net neutrality rules, the issue finally ended up in court on Friday.

The hearing, held in Washington DC, went on for hours. In fact, it went on for so long that one judge jokingly asked one of the lawyers whether he had brought some pizza with him. It was not easy going: the hearing was so intensely focused on specific legal definitions and precedents that parts of it were virtually incomprehensible.

If you hear the word "Chevron" and think of a gas station rather than a landmark ruling about how much leeway US government agencies should be given in law, then this appeals court hearing was not for you.

Unfolding at a snail's pace was the legal challenge brought against the FCC by Mozilla, Vimeo, Public Knowledge, Open Technology Institute, Etsy, Center for Democracy and Technology, and Incompas – plus 22 states that signed onto the appeal, including New York, California, Virginia, Maryland, Pennsylvania, and New Jersey. They seek to overturn the regulator's decision to scrap net neutrality protections in the US.

Despite the hours of argument, however, the net neutrality issue has become so complex and convoluted that it was still not possible to dig into all the relevant issues. This is what happens when the rules over critical infrastructure – the internet – are built on laws written before the technology existed in any meaningful way.

The old net neutrality rules that banned ISPs from touching the content that flows over their networks were developed from the Communications Act of 1934. The current rules are developed on one paragraph in a law from the Telecommunications Act of 1996: a paragraph that went out of its way to note that no one had any idea what direction this internet thing was going.

The fact that there isn't a law that reflects the reality of the internet has created a tortuous process where a service that we all use every day is jammed into legal pigeonholes that don't make much sense. It's as if a set of judges in 1890 were asked to adjudicate in a dispute between railroads and automobiles and someone flew a Boeing 747 over the courthouse.

All this was made clear when one of the judges started digging into what has become an increasingly false distinction between an "information service" and "telecommunications." Because of having to rely on existing law, the internet has to be one rather than the other. And in order to make the current FCC rules legitimate, your phone line has to be the other one.

Which led to a bizarre discussion between the court and the FCC's lawyer in which one judge repeatedly pointed out how the telephone system does more than just relay information, and the FCC argued that the domain name system (DNS) adds "capability" to the internet, even though it is just a look-up service and doesn't really add any "capabilities" at all.

Advocates on both sides have been put into the ludicrous position where they are forced to argue points that don't really add up in order to bolster their main case.

Even the precedents used to put the discussion on some kind of solid legal footing reflect the fact that we don't have a good legal description of the internet. The "Chevron" mentioned earlier was a Supreme Court ruling back in 1984 that basically said if an issue was ambiguous then the courts should defer to a government's agency's interpretation of what it means.

Net neutrality is heading to the courts (again): So will the current rules stand or be overturned (again)?

Great. And so when the previous net neutrality rules were challenged over whether internet provision was an "information service" or a "telecommunications service", the FCC argued that its interpretation had to be followed. And the court looked at the Chevron precedent and agreed.

Three years later and the FCC did a complete 180. It decided that what was true before is now false, and what was false is now true. The telecommunication service is now an information service. And it argues that the Chevron precedent means that its reverse-image interpretation now also holds and has to be respected by the courts.

The other legal precedent in this space is "Brand X" which builds on top of the Chevron decision. In 2005, the Supreme Court decided that the FCC was entitled to decide the ambiguity over what an internet service is – again, information or telecommunications – thanks to Chevron.

The question of course is: does an out-of-date law represent a solid legal foundation or a toppling tower? Logically, it is an inherently unstable situation when the exact same law enables the exact same regulator to decide the exact same issue but in the complete opposite direction within just three years.

But should the court let the precedent hold or should it intervene and fix a flip-flop problem that hadn't been adequately foreseen?

And that's where yet another aspect of the legal battle comes in: did the FCC do its job properly? Or, in legal terms, did it follow the Administrative Procedure Act (APA) which is designed to make sure that policymaking by the US government sticks to some basic principles and doesn't become driven by ideology.

It's hard for even supporters of the FCC reversal to argue that the process was a good example of government policymaking. FCC chair Ajit Pai gave a series of speeches in which he actively mocked and disparaged anyone whose views didn't align with his. And then there was the issue of the FCC actively ignoring literally millions of comments from US citizens opposed to the move.

Objectively, the FCC did not run a decent, fair or even proper policy process in arriving at its decision. But of course in a court of law that has to be proven and it is far less clear under the APA whether a case can be made to reverse the FCC's decision just because people didn’t like how it did it.

A difficult truth at the heart of the net neutrality debate is that the Obama-era net neutrality rules were a fudge. A pragmatic fudge, but a fudge nonetheless. What they had in their favor was that,thanks to ten years of legal argument, over the topic they were grounded on solid legal ground.

The new FCC rules which scrapped those rules and then attempted to burn everything else around them was a far more scrappy affair. The current FCC under chair Ajit Pai is notable for three things: impatience, myopia and a clever-clever attitude where big changes are made through small, mostly obscure policy details.

If anything came out of the hearing it was that the FCC decided on its course – to free broadband providers of any constraints – and then bent and twisted everything in its way to get there. That blinkered approach may be the rules undoing however.