It's cool to be retro

Something for the Weekend, Sir? I wish to be recycled.

Not out of environmental guilt, mind. It's just that I find that crusty old stuff that's been recycled tends to be considered cool – certainly much trendier and in-demand than it was beforehand. Just think: tedious old fart + recycling = next-gen retro fashion icon.

Take, for example, these products from ArtJL, a company run by an endearing madman I met the other week. Armed with cable pliers and a paint gun, he takes obsolete and dangerous electric bar heaters dating from the last century and turns them into perfectly finished atompunk lamps.

It's an acquired taste I suppose and you have to see them up close to appreciate how compellingly, fascinatingly and beautifully hideous they are. It was only Mme D dragging me away by an arm (then both legs) while JL was still explaining how they were created that prevented me from accidentally buying one or two. Honestly, this guy should be making ray guns out of old 5.25in hard drive housings and VESA Local Bus expansion cards.

Now, just this week, I stumbled across this little kiosk standing in the middle of a supermarket car park and petrol station: 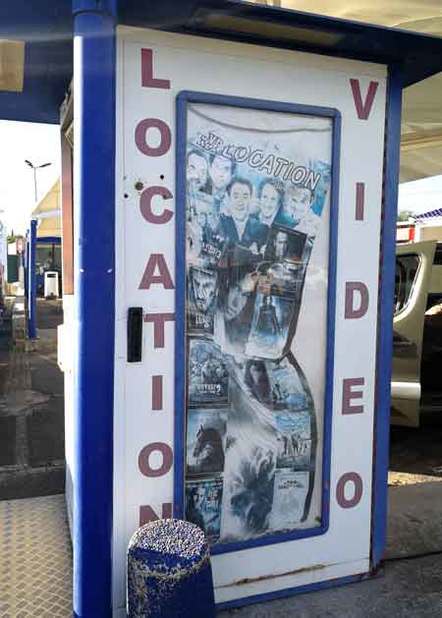 Admittedly, the state of the poster – crumpled and faded to 58 shades of green – is reminiscent of those wall-mounted photos at your local barbershop of young men haplessly trying to do Blue Steel in a mullet. A walk around the side revealed more horror: if you were prepared to rent and return a video in less than six hours, it would cost you only one and half euros. And... is that... an early emoji? 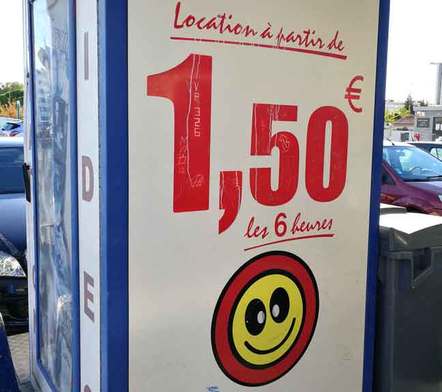 Making my way around to the front, I came across the customer-facing interface, which was a masterpiece in itself. It appears these kiosks required the use of not just one but TWO identical – therefore obsolete twice over – numeric keypads, plus TWO video displays, and a disconcertingly dark dispensing/returning slot. Why so large? Could it have been dispensing... VHS? 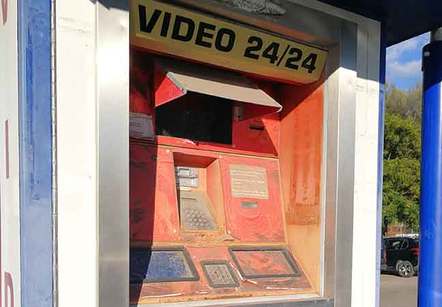 I felt like I had discovered the Lost City of Blockbustus. Unfortunately, the sands of time had swept across its hallowed fascia and a closer look suggested much worse. Someone had attempted to recycle the customer interface clumsily with a can of red spray paint. 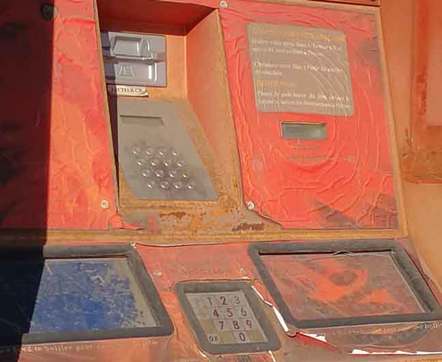 Lots of theories abound as to why and how the video rental business went out of business so rapidly. It's not enough to blame the internet, given that Blockbuster started on its tits-up death spiral in the mid-2000s – when most people's connection was still so slow it would have taken six hours just to download a $3 movie, let alone rent, watch and return it on DVD for €1.50.

Still, I reckon my kiosk find deserves registering as a location of cultural interest, and I await the decision of the Gods of Google Maps to my request with impatience. In the meantime, it could do with a bit of a cleanup. Actually, what it really needs is a bit of proper recycling treatment from ArtJL to turn it into an Aztec spaceship.

And once JL's done with that, I'll get a quote on my corpse. Being recycled could be my only chance of ever being considered cool. The ultimate makeover!

Alistair Dabbs is a freelance technology tart, juggling tech journalism, training and digital publishing. He marvels at how the designers of those old electric bar heaters ensured they were fitted with a rudimentary protective grille in front such that absolutely anything, from cat's whiskers to children's fingers, could easily touch the blazing red coils unhindered. They'd be illegal these days but he looks forward to their nationwide revival after Brexit, once we stop the reviled bureaucrats of Europe undemocratically preventing us from torching our own infants. @alidabbs