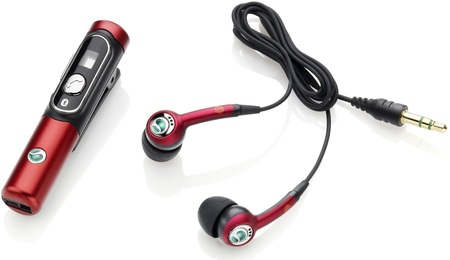 The DS220 is a more restrained and businesslike version of the Jabra BT3030. Like the BT3030, it consists of a small Bluetooth adaptor, along with a separate set of earphones that plug into an ordinary 3.5mm audio jack on the body of the adaptor. The DS220 is a little more expensive than the BT3030, but the bundled earbuds provide better audio quality – though their tendency to fall out on a fairly frequent basis meant that we were still inclined to plug in our own headphones instead. There’s a built-in microphone as well, so you can easily switch between music and calls when you need to.

They’re don’t have the street cred of the Jabra BT3030, but Philips’ SHB7100 headphones work well and are currently available for a knock-down £35 from Amazon. Like the BT3030, the SHB7100 consists of a Bluetooth adaptor that you hang around your neck or clip onto your clothing, along with a separate set of earbuds that plug into a standard 3.5mm audio jack on the adaptor. The earbuds supplied with the SHB7100 produce very good audio quality, with a nice balance between upper and lower frequencies. However, they tended to fall out quite easily so we’d be tempted to switch them for our normal headphones fairly quickly.