On the browser as an application platform

It's very positive. What Google calls HTML5 is really a lot of other standards. There's SVG, for example. 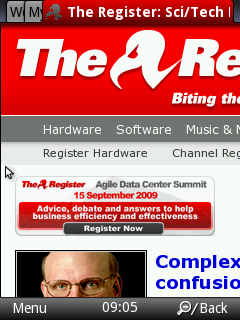 Opera Mini:
Coming to an iPhone near you?

For cross-platform development what other choices do you have? You can write code natively but that's a lot of platforms, especially on mobile devices. That's why getting browsers to do standards is really important.

On Google doing the right thing

We compete and we cooperate. We go on every platform we can. Google makes services and I think they understand that fragmentation is a significant problem. Yes, they have their own verticals with Android, but what they call HTML5 is an attempt to create a common platform for their services.

On the iPhone app

We have not yet submitted Opera Mini to the Apple App Store. It runs now - it's not the finished article, but it works beautifully. It's a native app written in C.

I think it will be accepted. Why shouldn't it be?

We're not running any applications within Opera Mini, and it is a great experience for iPhone users, it's a great choice to have. It saves 90 per cent on roaming costs, it's six times faster than Safari on the iPhone. Opera Mini renders information from our servers.

We start with all the sessions loaded, it's very fast. You really feel the difference on mobile networks. If you're only using your iPhone at WiFi hotspots, then what's the point of browsing on a phone?

On Opera innovation, the web everywhere

We're always been ahead of the curve. Ten years ago, we said we wanted the full web everywhere, and lots of people disagreed, they wanted a mobile web for mobile devices. Now people can see we were right.

We're already seeing Philips TVs with Opera built in. That's where Unite comes in, we think P2P is the next stage of the web everywhere.

Today a photo you take on your phone [waves E71] stays on your phone. But if each phone had an IP address, and then people could connect to you and see it. That's why we think you'll have Unite everywhere. We want to bring home the message that the web will be everywhere, in your mobile, in your GPS, in your set top box. 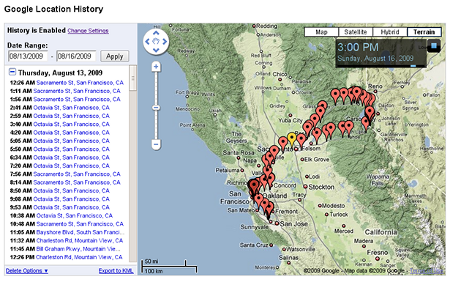 Google's Latitude knows where you are

Location will be huge but it's early days. Some of the examples are, as you say, creepy. But it's like the early days of telephony - I was at Telenor when it was a pioneer in video telephony in the early 1990s. Telenor realised you need controls for people to turn it off - they want a shutter over the camera. They don't like that "coming out of the shower" moment. It's too much information.

Google showed an example at Zeitgeist of its Latitude location service that was creepy. They showed an engineer on vacation for a week in Mexico, and they could see he hadn't left his hotel for a week. They were joking about it. That too is too much information. But a few people will want it, so let them have it. ®