Solid choices for that essential upgrade

Product Round-up It wasn’t that long ago that it would’ve been a struggle to put together a list of ten consumer SSDs. Now it's case of asking: only ten? Indeed, the rise of flash based storage in the last 18 months or so has been truly astounding.

Increased competition and cheaper NAND prices have combined to force prices well below the magical £1 per gigabyte ceiling, at least for 120GB – 240GB range of drives. There may never be parity between SSDs and the good old mechanical disk drive but the solid state option is steadily heading in the right direction regarding cost and capacity.

Proving that every cloud has a silver lining, the floods in Thailand – that shut down the majority of standard hard drives manufacturing while various clean up teams removed crocodiles from staff car parks and pythons from production lines – forced a very sharp rise in the price of hard disk drives. As such, SSD alternatives gained considerable attention. Storage availability issues aside, SSDs offer considerable performance benefits, and going forward, look set to take full advantage of the additional bandwidth available in SATA 3.

Corsair is in the enviable position of having a foot in each of the popular controller camps, as its storage range includes SSDs looked after by either SandForce or Marvell controllers.  The Performance Pro series uses a Marvell 88SS9174-BKK2 controller chip which combines with ultra-fast 34nm Toshiba Toggle NAND to give the Performance Pro some impressive performance figures – having 512MB of cache doesn’t do any harm either.

A major plus point for the Marvell controller is that it doesn’t care if the data is compressed or not, it treats them both the same unlike the SandForce controller. With this drive, Corsair delivers excellence read/write characteristics, and while it's no giveaway, it's certainly one of the cheaper top performers. 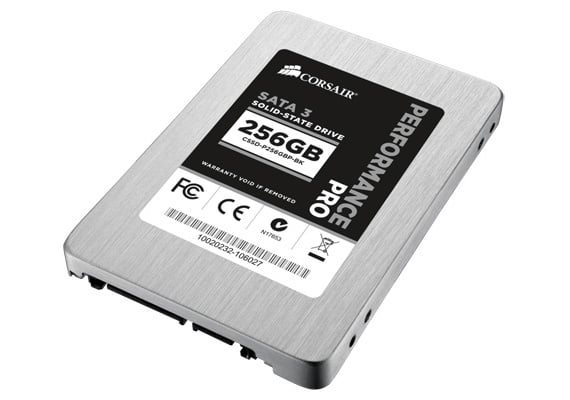 Like Corsair’s Performance Pro, Crucial’s M4 series is another that uses Marvell’s 88SS9174 controller but in this case it’s the later BLD2 version. The company has also been able to write its own version of the controller’s firmware to get the best out of the NAND chips it uses.

Unlike the Corsair drive, the M4 uses slower Micron 25nm NAND flash and has just 128MB of cache.  As with the whole M4 range, the 256GB drive is available in three versions: drive-only; the 3.5in adaptor kit and data transfer kit with EZ Gig III cloning and imaging software plus a USB to SATA cable. As one of the first Sata 3 SSDs to appear, it's early glory is fading a little now and is reflected in the price. 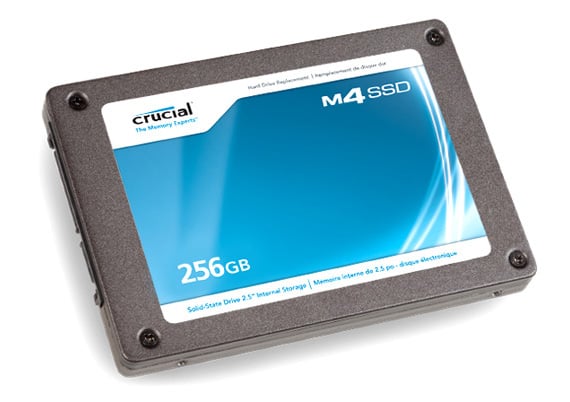