So you say you want Metro everywhere, all the time?

There are some actual new functions as well as UI flummery

Redmond has tried to integrate its office suite with online services in other ways, as well. Outlook 2013, for example, now allows users to connect not just to Exchange and other email servers, but to social network accounts, including LinkedIn and Facebook.

Once connected, Outlook can import all of a user's contacts from a social networking account into the local address book. 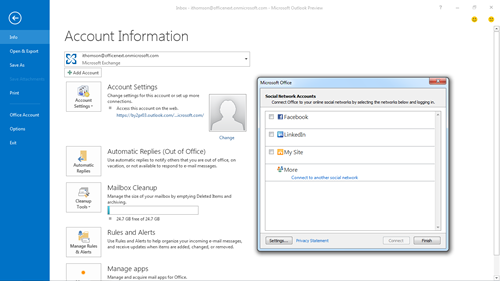 Microsoft has added new features to each of the Office applications. In particular, Excel has added a tool that makes it easier to fill whole columns of data, plus a quick analysis tool that can summarize entire tables.

Given all the UI changes in the new version, it's nice to know that someone at Redmond still cares about adding core office functionality, beyond just bells and whistles. 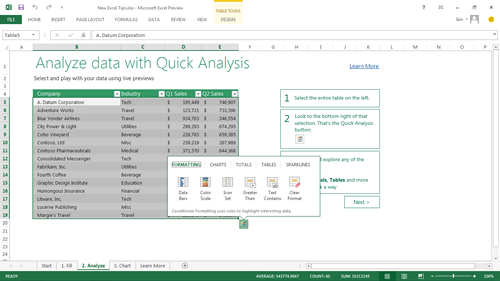 Perhaps the most significant change in PowerPoint is the new Presenter View. It eliminates most of the application UI, but allows presenters to preview their next slides, zoom in and out of key focus areas, and draw directly on slides with pen and highlighter tools. 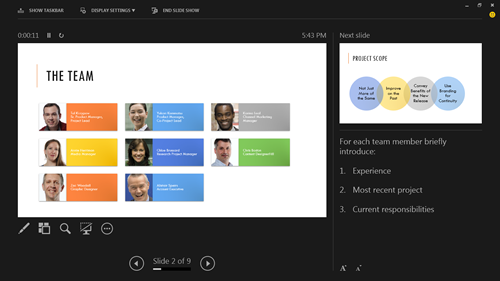 The consumer preview of Office 2013 is actually a version of Office 365 Home Premium edition, which means it's integrated with Microsoft's online services, including hosted versions of Exchange and SharePoint.

Clicking on Office documents even brings up miniaturized previews of their contents, like you would expect in Windows, without opening a preview of the whole file in the Office Web Apps. 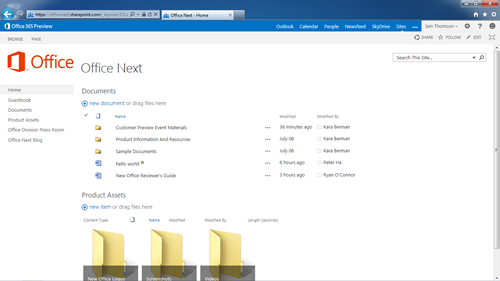 SharePoint's look and feel is a lot more friendly in Office 2013. (Click to enlarge)

Even more significant, however, are SharePoint Server's improved social features, which attempt to capture the look and feel of sites like Facebook and Twitter within local workgroups. The overall UI of the news feed has been improved, and members can now use Twitter-style hashtags and Facebook-style Like buttons to draw attention to specific posts. 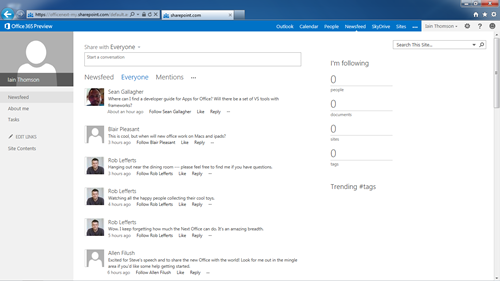 All in all, there's no question that Office 2013 will be yet another release that divides users. If you're in the camp that balked at Office 2007's ribbon UI, you'll probably be equally taken aback by the UI changes in Office 2013.

Privacy zealots and general cloud skeptics will be incensed by how often Office 2013 asks users to login to their Microsoft accounts, not to mention how much the new suite insists its applications are integrated with online services and not merely installed on the local PC.

On the other hand, if you're already using SharePoint or Microsoft's SkyDrive cloud storage, you'll appreciate the improved integration with those services that this iteration of the suite brings.

And finally, if you're among those who are truly and sincerely looking forward to Windows 8's Metro UI, bless you, because this is the version of Office for you. Whoever you are. It seems that the cold and lifeless Metro makeover is the future for Microsoft applications, and far from being the exception, Office 2013 is the show pony of this new direction. ®