And would they all land on their feet?

First up, since the SPB's orb is crafted from 22 acres of polyethylene film, swelling to a whopping 516,499 cubic metres when fully engorged, enquiring minds would like to know how many sandwiches it could contain, were such a packed lunch necessary.

Assuming a spherical cow of uniform density who happens to have nothing to do with this calculation, and also assuming a slice of bread being 10x10x1 cm^3, with an average filling thickness of 5mm (less for a slice of cheese or ham, more for compound fillings like fried eggs with bacon or tuna with boiled egg), and each slice/filling/slice entity being cut diagonally to yield two sandwiches, you get 8 sandwiches per liter, or 4.619 per Bulgarian Airbag. With the size of the 1 kilocat lifter being 206.3629 Olympic swimming pools, I get a total of 4131992 sandwiches. The question now is: how hungry are these football-stadium visitors? Would they be content with two sandwiches each, or is the distribution of such a huge number of sandwiches to a somewhat less huge but still huge number of sandwich-eaters going to take long enough that they will want four or five?

As ever, then, the proposed answer raises even more questions for further scientific study, and the general level of hunger of the average stadium occupant is not, frankly, one of our speciality areas. We'll leave it with you.

An anonymous coward gasped: "Hang on, we have the weight equivalent of a white van full of tools dangling off something with the strength of a sandwich bag at 33km altitude and nobody is worried?

"It's going to make an interesting hole dropped from 100m, let alone from 33km height. What goes up must eventually come down again too: how is this going to land?"

By parachute, we gather, although should that fail, Kubla Cant wondered: "Can you imagine the sound 10 grand pianos would make when dropped from a height of 33.5km?"

Alan Brown said he'd "imagine them to be almost silent until the last few cm", and certainly no match in the decibel department for 1,000 caterwauling felines falling from the heavens.

This disturbing thought leads, naturally, to the concept of a monstrous kilocat weapon. Evidently, the US has the capability of lifting 1,000 cats to drop altitude, but we must consider the matter of ascent survivability.

I think that the container for the cats would weigh at least possibly around 500Kg for a decent container. Then of course you need cardboard boxes for the cats to climb in. That would all decrease either the number or the size of the cats. I would propose that we keep the number of felids at 1000, but respecify that they be kittens, not cats. A small 12 week old kitten might weigh 1Kg, so theres plenty of space for cardboard boxes, cat toys, water and some kibbles. And the advantage of using kittens is that the cuteness level increases. Normally cuteness is measured in MilliKittens (so a baby hedgehog might be 400 millikittens), so presumably the cuteness will average out at around 1 Kilokitten.

We're not entirely convinced by the idea of increasing the kilocat weapon's cuteness at the expense of destructive power, but we're obliged to address animal welfare issues. Sadly, long gone are the days when the RAF could boil down stray cats and pour them into bomb casings in an attempt to defeat Nazi Germany not by explosive power, but rather by tripping up the enemy when they were attempting to negotiate a flight of stairs carrying a tray of schnapps.

That mythical wartime programme may be based on the fact that the Brits did indeed fill the legendary 5,400kg Tallboy with molten Torpex D1, and it's worth pondering how Barnes Wallis's earthquake bomb would measure up to the kilocat. 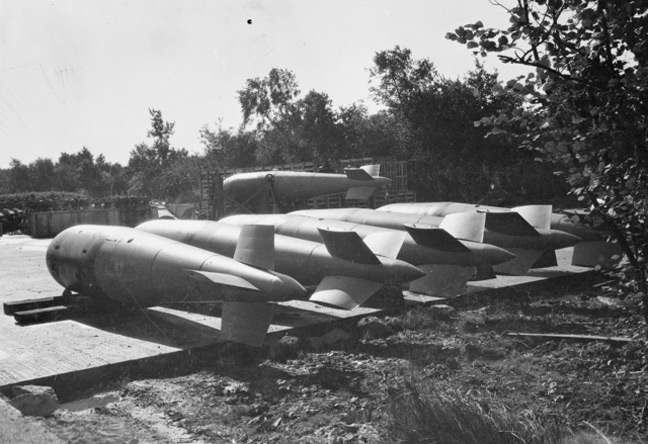 Obviously, the kilocat lacks the sheer penetrative power of the Tallboy, and would therefore be of little use against railway tunnels and U-Boat pens. It is, in fact, more of a cluster bomb of truly terrifying potential. Imagine if you will a thick blanket of 1,000 wailing felines, claws deployed, descending at an immense rate of knots as you desperately attempt to defend yourself with a garden hose.

And yes, the cats would all land on their feet, even from 33.5km. Brian Miller explained: "Cats twist around, and then flatten out. Above a certain height, they can slow themselves down enough so that their terminal velocity is actually survivable."

Brian concluded by asking: "The real question is, will they be laser-guided?"

Well, individually laser-guided components of the kilocat might prove prohibitively complicated, not to mention the weight penalty. It might be possible in a quinquagenary kangaroo hopping bomb, but that's another kettle of marsupials. ®