The launch from pad 4E at the Vandenberg Air Force Base in California came on the same day as the Federal Communications Commission (FCC) approved the company's plan to set up its own broadband network in space, making it a pretty good Easter for the company.

There is one downside: the end of the Falcon 9 booster used to send the satellite up.

SpaceX has previously recovered the booster and reused it – something that not only makes the company more cost-effective but also provides an invaluable reputation boost as people marvel at its ability to launch and land a rocket within an hour.

The booster was used in October for the third Iridium launch – Friday's launch being the fifth – but SpaceX said it was the end of the road for Falcon 9 and it will "not attempt to recover" it. It is being replaced with a new "Block 5" model.

The company is however sending a recovery ship – "The Steven" – in an effort to grab the rocket's nose cone, which protects the cargo as it blasts through the atmosphere. The cone costs around $6m and could be reused in a future flight. The company tried to recover the cone on its last launch and just missed it – it hopes to be more successful this time. 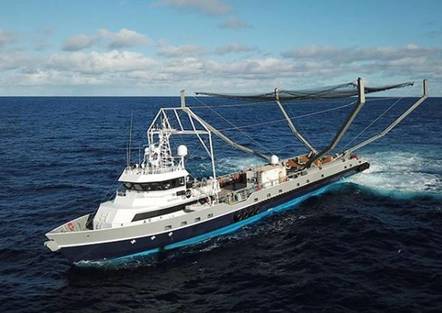 Despite today's successful result, it has not been smooth sailing: the launch has been delayed several times and was originally scheduled for December. Just two days ago, Iridium's CEO noted on Twitter that there was an issue with one of the 10 satellites being loaded into the rocket – threatening the push the launch back again.

Those 10 satellites will help make up a network of 81 rotating in six different orbital planes that together can provide global communications coverage: 15 of which will add redundancy to the system i.e. only 66 are needed to provide full coverage.

Iridium contracted with SpaceX to launch 75 of those 81 at a cost of $536m. The NEXT satellites will replace the company's ageing current satellites. With Friday's launch, SpaceX has launched 50 of the 75. It plans another two launches to complete by the mission by the middle of this year.

Meanwhile, having put approval of SpaceX's Starlink constellation of low-Earth orbit satellites that it claims will be able to provide gigabit-speed internet connectivity to the planet on its agenda back in February, the federal telecoms regulator the FCC has approved the plan.

It'll take years for the full network to go into operation, and SpaceX appears to be scaling back its original plan of an open ISP for everyone in order to focus on areas with poor internet access or slow speeds i.e. target less competitive markets.

But even so, that's a pretty good Good Friday. ®