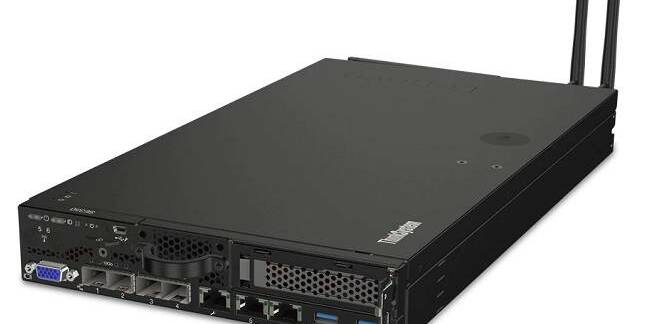 While the public cloud might have once been all the rage, the cold light of day has brought the realisation that bandwidth, compliance and convenience means that something a little more local is needed.

Microsoft's Azure Stack HCI aims to bring hyperconverged infrastructure to the edge of an organisation (for example a branch office), but while other vendors are less fussy about the hardware their babies run on – like OpenStack and to a lesser extent Google Anthos – Microsoft is a little more touchy.

However, traditional servers don't always fare so well in the field. Not every branch office has a rack in an air-conditioned cupboard ready to receive a carefully curated computer.

While Microsoft cheerfully showed off the ruggedised Azure Data Box Edge back in October, replete with on-board FPGA to for machine learning, Lenovo's relatively petite 40mm x 215mm x 376mm ThinkSystem SE350 is small enough to be bolted to a wall or stuck on a shelf while doing a good deal more work.

Azure Stack HCI is all about virtualized compute, storage and networking, although the single Intel Xeon D-2100 processor, scaling to two nodes, seems a little weedy compared to beefier alternatives from the likes of Dell EMC and HPE (16 nodes anyone?).

However, to whinge too much about the performance would be to miss the point of the diminutive SE350, which is to be shoved out of the way somewhere and be left ticking over in the background. Microsoft describes it as "rugged", and while we'd caution against flinging it to the floor, it should fight off the dust and grot in an edge location locker or shelf.

Sadly, a minimum temperature of 0°C means that there'll be no stashing this machine in an outdoor cupboard without a heater, although the maximum of 55°C should handle most toasty branch offices.