Scaleway is running a farm of Apple M1 Mac Minis in its repurposed fallout shelter beneath Paris, France.

Customers seeking the M1-as-a-Service experience can order up a Mac Mini M1 and be running in under five minutes, according to the company. The cost is €0.10 per hour with a 24-hour commitment.

The company claimed it could offer a "fully native Big Sur experience" with 8GB of unified RAM and 256GB of SSD storage. Accessing the hardware comes via VNC or SSH.

Scaleway, which has a long history of serving up Arm hardware for cloud users, reckoned the service is "the first of its kind in Europe." 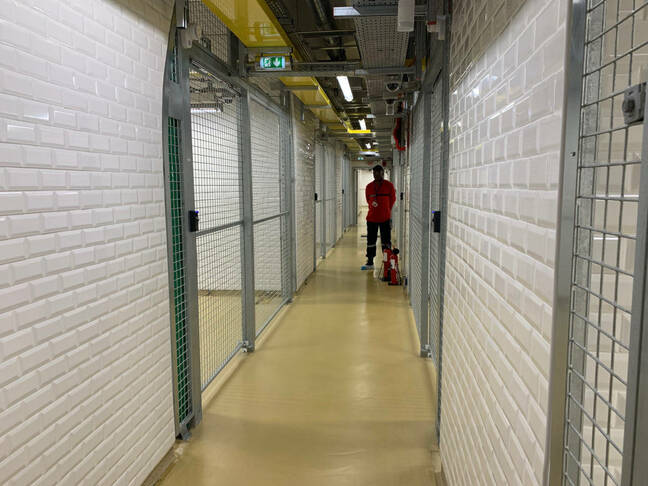 It won't be alone for long. Amazon already sells EC2 instances based on Intel-based Mac Mini computers today and has said that instances featuring Apple's M1 chips were "in the works" for 2021.

Running Apple hardware in the cloud is hardly a new concept. The likes of MacinCloud will sell managed servers to those who need them. For distributed teams, the allure of using such devices for macOS or iOS continuous integration and delivery certainly has appeal.

A scant few months after the first devices powered by Apple Silicon dropped into the hands of customers, a European cloud service featuring the hardware has arrived. Locals will no doubt appreciate the low latency of something nearby.

When El Reg visited the facility back in 2019, we were impressed with the gleaming tilework on show, although found the channels responsible for draining excess Parisian water from behind the walls a little disconcerting. Everything was "under control," we were told.

We're sure that continues to be the case. After all, Apple devices and water are historically not notable bedfellows. ®