Tencent CEO Pony Ma Huateng referred to his Chinese multinational company as "ordinary" and replaceable in a leaked company speech given at the 2021 end of year employee meeting. 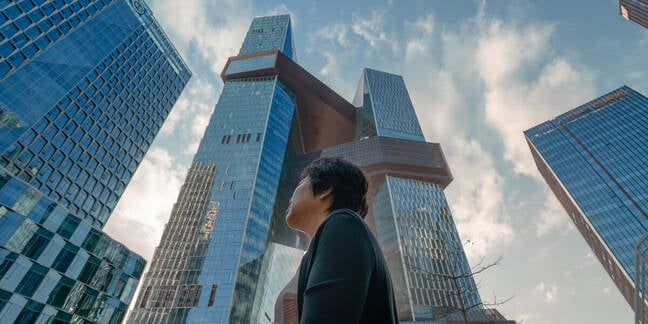 Within the depths of the leaked speech, Ma described a company whose success was thanks to China's rapid social and national development, playing down its impact as a mega org which generated a net income of about 160 billion yuan ($18.2bn) in fiscal 2020 and which has been fined for anti-competitive practices.

Instead he characterised it as an ordinary business that is "easy to replace." He stressed that Tencent should not cross any lines and serve as a connector and assistant, or rather a "good aide."

Chinese news media outlet Late Post published a summary of the leaked speech on Monday January 10. It has since spread across Chinese social media and other news outlets.

The speech is notable not only for its content, but also because the tech billionaire, who holds the position of China's third-richest man, rarely speaks publicly, unlike other Chinese tech billionaires, namely workaholism advocate and Alibaba founder Jack Ma.

Both Alibaba and Tencent, as well as China's other homegrown tech companies, have found themselves badly affected by a stream of regulations passed down by Beijing.

Ma's comments serve as an internal acknowledgement of the effects those unrelenting regulations have made on the WeChat-maker. The environment in which it rose to dominant marketplace positions no longer exists as Beijing seeks to strike out anticompetitive behaviour while implementing a whole host of policies on data compliance, content, and more.

In the past, Tencent was called in to a meeting with the government to be told to stop the anticompetitive behavior of blocking rival links, has been maybe forced to pause new memberships in favor of security upgrades, had its mergers banned, and had its gaming business suppressed by the implementation of gaming hours for minors.

It is certainly a good time to sound humble to Beijing, or at least have your humility leaked to the press. And Ma has practice at cultivating a humble corporate line. He told investors the company "proactively [embraced]" the regulatory environment in November last year.

In August, Tencent president Martin Lau said more regulation was expected as it had "been actually quite loose over an industry like the internet, considering its size and importance."

Taiwan's state-sponsored news outlet Central News Agency, also known as Focus Taiwan, reported that the modesty exhibited in the speech was positively received by the public. The outlet also reported Tencent's stock rose 2.13 per cent to HK$469.8 ($60.31, A$82.47, £43.89) at the opening of the Hong Kong stock market. ®