Samsung launches black U600 to tickle your fingers

Samsung’s U600 handset has several similar-looking stablemates, including the G600. So the South Korean manufacturer has decided to set it aside from the rest by re-launching the U600 in a sultry black shade and adding in fingertip vibration. 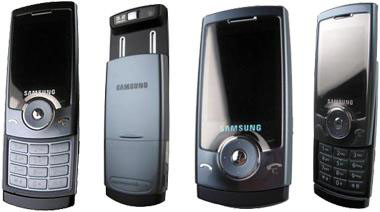 Samsung's black U600: now with a vibrating keypad

Dubbed... well... the Black U600, the handset features a keypad vibration feature called Haptic Touch. This enables its touch-sensitive keys to gently vibrate to a user’s finger-taps, something that Samsung claimed improves the interaction between the user and the handset.

The Black U600 still has the same features as the other-hued handsets in the range. For example, its 10.9mm-thick shell packs in a 3.2-megapixel camera, Bluetooth and 60MB of memory. A Micro SD card slot is built-in too.

Samsung’s chosen O2 the exclusive retailer for the Black U600. So, if its midnight shade and updated keypad tickles your fancy, or your fingertips, then get down to one of the network operator’s stores and hand over £100 (€145/$200), depending on your chosen contract.