'Thanks for the good times...'

Microsoft sent flowers to last night's IE6 funeral, thanking the browser for "all the good times."

The nine-year-old IE6 was laid to rest yesterday in Denver, Colorado, after suffering a "workplace injury" at the offices of a certain search giant in Mountain View, California. Mourners unable to attend were asked to send flowers, and Redmond's Internet Explorer team was among those who did so.

“Thanks for the good times IE6, see you all @ MIX when we show a little piece of IE Heaven," read the card, a reference to this month's MIX tradeshow in Las Vegas, where the company is expected to announce the arrival of a new browser, Internet Explorer 9. 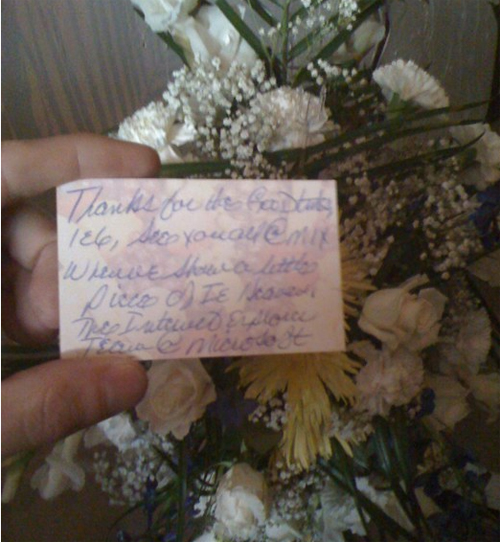 "We understand the loss our customers feel when moving away from such a familiar aspect of their lives. With time’s passing, comes new life, and we encourage people to turn to Internet Explorer 8. Internet Explorer 8 is the modern browser for today’s online world – with rich built-in security and surfing tools that make it easy, fast and safe for customers everywhere."

It should be noted that Internet Explorer 6 continues to drive nearly 20 per cent of all web access from beyond the grave. ®

At tip of the hat to The Microsoft Blog.