Let's get the video out of the way. Sonically, it's suprisingly good. The stereo mic up top does a very competent job of capturing chat 10 feet in front. Obviously, you'll get some zoom and focusing noise, if you do these things whilst recording. Alternatively, stay still or cut away. 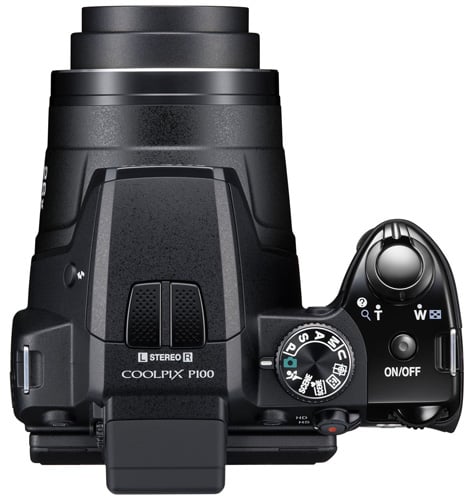 Stereo mics on the top are pretty good, but prone to internal noise when focusing

The P100 does what DSLR hybrid HD cams can't do, namely, record 1080p for the full 29mins rather than say, the 12mins that the Canon EOS 5D MkII achieves. That 29mins being an EU taxation limit before the device is classed as something else. The P100 does this by recordings H264 files as MOV's at a reduced bit rate – 14Mbps as opposed to around 40Mbps of the Canon 5D MkII.

This is actually a big selling point over the DSLR hybrids, as most users will not be concerned about bit rates, as long as it looks OK eight feet from their flatscreen TV. It is as HD as the public are expecting to experience it at the moment. Everything is compressed, and we know that. As such, expectations are met.

I recorded two 28m 59 secs recordings of a concert (with constant red lighting and a fair bit of movement). Unfortunately one of them the audio is out by almost exactly 1 sec – i.e. 30 frames, but that appears to have been a one-off glitch, as all other files managed to be bang on. Fortunately, the timing issue was easily rectified within a video editing application. 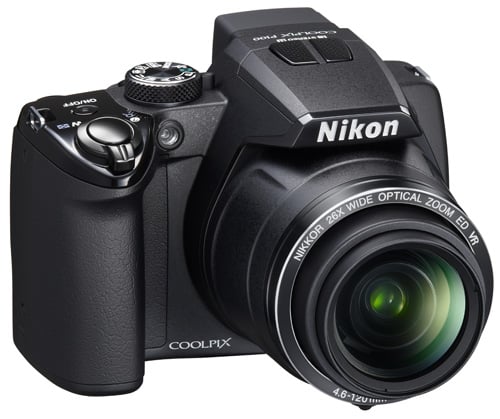 Fast shooting options up to 240 frames in 10 second bursts

Unfortunately these are even numbers corresponding to the biggest market; namely NTSC in the US. So getting any footage onto a UK DVD, is going to be challenging. Video is recorded as H264 MPEG4 at 29.97fps. I understand it is a global product, but a PAL version would have been nice. If you are playing back through your TV it does have the option to output a PAL signal. But that involves you turning up at other people's houses with the camera to playback.