Microsoft to turn your flat into a control pad

Interact with your wiring

Microsoft is developing technology that turns wall surfaces in every room of a house into control panels for videogames and appliances.

Unlike Xbox 360 accessory Kinect, which tracks movement through a built-in camera, Microsoft's latest tech tunes into electromagnetic fields leaking out of home wiring.

Presented this week at Vancouver's Conference on Human Factors in Computing, the system uses a sensor device, worn on the neck or wrist, to monitor around a thousand different frequencies and how they change as the wearer's body moves within the EM field.

The upshot: the system can look for and detect various gestures - hands down by the wearer's sides, touch the wall and so forth - and see where in the house they were made. 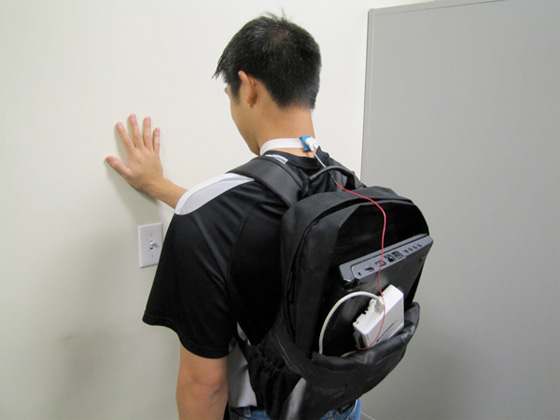 The data could then the be transmitted wirelessly to a control hub, interpreted and used to trigger events, from switching lights on and off, to operating the central heating, the TV and so forth.

Head researcher Desney Tan says the tech may be offered open source to amateur engineers, just as Kinect was (eventually), to broaden application and give everyone the chance to make products that use this touch-controlled surface technology.

You can read the full paper here (PDF) ®

Four years later than planned – maybe that's how long it will take to make it secure?
Applications6 Jun 2022 | 33