SoftwareONE goes Comparex: When one Microsoft reseller giant buys another 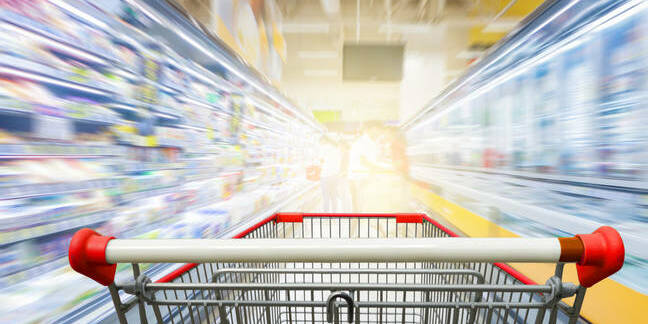 Switzerland-based flinger of Microsoft licences SoftwareONE has announced plans to snap up IT services provider Comparex in a deal that will create a licensing giant.

The Austrian parent of Comparex, Raiffeisen Bank, has been shopping the company around for a while now, with attempts to sell the business kicking off back in 2015. The company, which specialises in licensing Microsoft software among others, reported revenues of €2.5bn in the year 2017/2018 and operates from 80 locations in 35 countries across Europe. It modestly claims it is the number one Microsoft Licensing Solutions Provider in EMEA markets.

Microsoft licensing specialist SoftwareONE, which took some investment back in 2015 with a view to expanding the business into cloud services, claims annual revenues of $7bn and has a local presence in more than 80 countries. With a little gentle nudging from investor KKR, SoftwareONE has now acquired Comparex for an undisclosed sum.

The newly embiggened SoftwareONE expects to see revenues of €10bn in software purchases and will have 5,500 employees operating over 88 countries once the deal closes in 2019. Comparex’s CEO Thomas Reich and CSO Marc Betgem will join SoftwareONE’s executive management board.

Worried workers will be reassured by soothing words from the Comparex CEO: “Our employees are our strongest asset and number one priority.” Comparex’s Leipzig Campus will continue to “play an important role” in the IT services and licensing behemoth’s business.

SoftwareONE’s Neil Lomax was thrilled with the acquisition, saying: “Together we will have the scale, geographic footprint, comprehensive portfolio and wide-ranging capabilities needed to provide our customers with enhanced service quality and stability around the world.”

And if those customers need a bit of help in moving into a cloudy world, well – that would be OK too.

The acquisition comes as enterprise licence sellers are coming under ever greater pressure from Microsoft as it rolls out its Modern Commerce platform. The “changes” (aka “increases”) in prices – which kicked in from 1 October – will also have focused minds somewhat. ®