Analysis Now for that question everybody's asking: who will be the new Microsoft chief exec once Steve Ballmer slips into retirement by next year?

But before they find a replacement, Gates and Co have an even bigger question to answer: what type of company do they want Microsoft to be?

The corp's head of PR Frank Shaw has channelled Dickens ("It was the best of times, it was the worst of times") to conclude that the world just can't fathom the Windows 8 maker: "If you really want to understand what’s going on with a [company] as complex as the one we operate in, you’ve got your work cut out for you."

From Azure cloud systems to video-game gumble like Kinect, Microsoft is a diversified operation - but will it remain so in the hands of a new gaffer? Out of the pile of possible candidates for CEO, some will want to take Microsoft down the avenue of a trendy web-focussed company while another may concentrate solely on high-margin enterprise-class gear.

Complicating the CEO search is the culture and politics within the belly of the Redmond beast. People brought into Microsoft have a habit of not sticking around for very long.

Perhaps that's the effect of the American North West's climate. More likely it's caused by a dislike for the company's employee-ranking system, which cans the lowest performing 10 per cent, or a lack of political skills needed to build a network of influential allies. 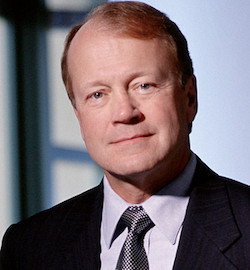 Gates and his team will also need to convince a top non-Microsoftie that driving the technology giant is an attractive proposition. Whenever Apple, Google and Facebook steal the limelight, a move to Microsoft may seem a backwards step or a bet on a company with fading fortunes.

Not that appointing an existing Microsoft executive wouldn't be problematic. Sources tell us the turf wars have already started inside Redmond as executives fight to protect or advance themselves and their products and teams. Victory for one lucky insider will have two consequences: first, there will be an exodus of losers, as has happened elsewhere when a senior executive was promoted. The other effect will be to cast a cloud over Microsoft's future, as the new captain will come from an old guard synonymous with Microsoft's failings under Ballmer.

One possible solution may be to bring back a Microsoft executive who left to work elsewhere. Such a person could combine knowledge of the business and its culture with the "right" amount of world experience.

In the background to all of this is the influence of co-founder Gates, supposedly the keeper of the company flame. But Gates has has poor form in picking winners. He backed Ballmer for the top slot in January 2000, and then made Lotus Notes creator Ray Ozzie chief software architect and visionary chief in 2005. Ozzie was gone five years later.

With this in mind, here are The Register's picks of potential candidates. We have excluded junior business execs who are waiting to be plucked from obscurity. On the list are some, but not all, current and former Microsoft execs, based on experience. 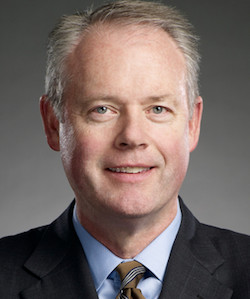 Microsoft calls itself a devices and cloud company - but Windows on PCs, server operating systems tools, virtualisation tools and, of course, Office all bring home the bacon. Microsoft flogs its Xbox games consoles, but whether it likes it or not, the company is primarily a business and enterprise software company. Who could Microsoft bring on to run such an outfit?

Cisco CEO John Chambers is used to running a massive and diversified operation with a heavy business customer base. He's proved a capable CEO, able to run an elastic operation - taking Cisco through a string of acquisitions, absorbing their technology into the networking goliath's portfolio and culture, and scaling down by swinging the axe.

If Chambers is too entrenched, there's Kevin Johnson - the retiring CEO of another networking giant, Juniper Networks. Johnson grew the Juniper business by more than 50 per cent, although it's always lagged Chambers' operation. Johnson would certainly pass the Redmond outsider test - he was a president of Microsoft's platforms and services division and reported to Ballmer until 2008.